It’s springtime in Ontario. The robins have begun their choral alarms at daybreak. The scent of mud and melting freshwater lakes filter through the budding maples. And like the early daffodils that burst blooms only to be shit on by a late April snowfall we all find ourselves under the shadow of COVID-19. Yet, as that dense veil is ever apparent in all that we do, I’m reminded of two scientific facts; humans are evolutionary masterpieces of adaptation, and storm clouds always look worse from a distance. No element of adaptation begins without gratitude. And strangely, gratitude now does not come from the things I have, but instead the things I don’t.

I do not miss taking public transit to work. I’m grateful I don’t have to play that daily game of “Commuteroulette” where I manage the anxiety of getting on next vehicle while keeping my eye open for that lunatic that might push me in front of it. I’m grateful that I don’t have the sensory carnival that is public transit odours. I’d rather be quarantined at home than imprisoned on a service delay or trapped in traffic on a highway. I do not miss commuting 10 times a week at all.

I don’t miss negotiating minutes of morning rituals for extra time in bed. Sacrificing breakfast for sleep or wondering what the minimum amount of publicly acceptable grooming might be. Wondering if it’s a day I have to get up earlier to wear smarter clothes that are stupidly uncomfortable. All the while fantasizing about what I could do with just one extra hour of sleep. I have it now. I feel it. I think I’m getting stronger.

I do not miss making excuses for things I didn’t want to go to in the first place. I didn’t want to go what’s-their-name’s kid’s birthday party, and how many little shit-lings do they have now? I’m grateful for not having to entertain the small talk of large gatherings. Who the fuck gets married on a long weekend anyway? I no longer have to suffer the indignity and hypocrisy of a vegan barbeque. My free time is ME time.

I assure you I am not as misanthropic as the preceding may seem. After all, this is about adaptation and the activation of resources. And I can mobilize my assets off as well. For instance, my pets are under the impression I have won the lottery. I’ll be grateful for this extra time with them when years from now they’ll just be old pictures hanging on my wall. I’m eating healthier and keeping strong mentally by consuming more red wine. The Toronto Raptors are still the defending NBA champions.  I’m dusting off that musical instrument and getting good at it again. I’m fixing that thing I should have fixed months ago and repairing points of self-respect in the process. I’m listening to that album again, curating my collections and finishing that book. I’m looking at the window and watching the birds instead of flipping them to bad drivers. Yes indeed, it’s still very much Springtime in Ontario. 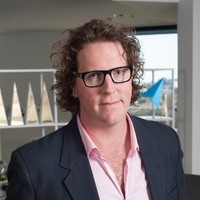